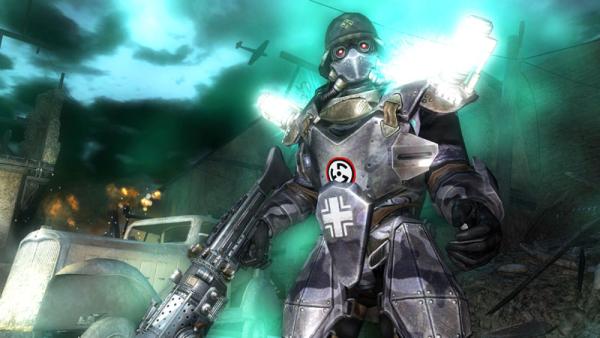 * When on the purchase upgrade confirmation screen, ESC now cancels the purchase instead of returning to the menu.
* Sounds added for navigating menus.
* In order to prevent names from running off the screen, character limit has been reduced to 10 characters on names
* Fixed issue causing the Healing icon to remain after dying.
* Sprint functionality has been modified so user can sprint longer, but has longer duration before being able to sprint again
* Global chat now disables properly if disabled through the Server Launcher.
* Fixed bug causing the grenade ammo indicator to reflect having one more grenade in your inventory.
* End-of-round countdown voice-over takes priority over objective status voice-overs.
* When a round ends, the scoreboard will default to the chat window.
* Truck model in Canals has been updated so it is easier to complete the objective
* Clan Tag text box in the Options Menu has been realigned
* Audio countdown has been readjusted
* The kill ticker color has been adjusted to the proper team color
* MP43 melee attack speed has been slightly decreased
* Added Quick voice chat that can be binded via the console (the new binds are _needEngineer, _needMedic, _needSoldier, _needHealth, _needAmmo)
* Both teams should now be able to mute users properly
* Soldier arm when holding Kar 98 has been improved
* Reduced how far packs are thrown
* Reduced how far grenades are thrown
* Removed a chair near the crucifix in Canals to prevent the crucifix from dropping into an area where it could not be reached
* Control options now feature separate binds for Use (resurrect, objectives) and Item (Ammo, Health, Satchel)
* Choosing a random map rotation will work properly now
* Added ability to change cross hair appearance through the menu
* Fixed issue causing the crouch icon to remain after dying